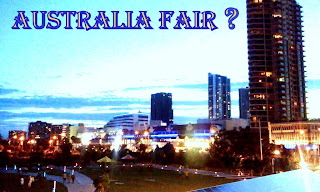 My hope for 2011 is that attitudes will begin to move towards the concept of Direct Democracy.

Whenever the subject is breached, those with any semblance of power will laugh and hint at the "fact" Australian's are to stupid to have any say in policy decisions. Then they move the argument towards the "indisputable", referendums never get a result and it's way too expensive anyway.
Well, unless we are prepared to admit we will never be as clever as the Swiss http://www.abc.net.au/rn/rearvision/stories/2010/3047700.htm, the media should stop dumbing down the public and start gearing them up towards Citizen Initiated Policy. Because with a Nation Broadband Network comes the tools for voting on issues, rather than politicians who are bought and paid for by self interest groups.
Posted by WWW at 6:24 AM